ADMIN
started a topic about 1 year ago

We have come up with a conversational threading layout on the Freshdesk ticket to give agents a seamless experience to comment and reply just like it appears on Facebook.

Earlier, the comments of a post were being added as private notes inside the ticket and this pattern can be confusing for the agents as they might have difficulty in finding the relevant comment to reply to.

From now on, the comments added by the customers will appear like replies on the ticket.

In addition to this, we have also introduced the message threading concept in Freshdesk. For company posts where all comments are added to the same ticket, we'll retain them and display them in the same thread.

This will make the comment section more organized, making it easier for the agents to reply to different comment threads. 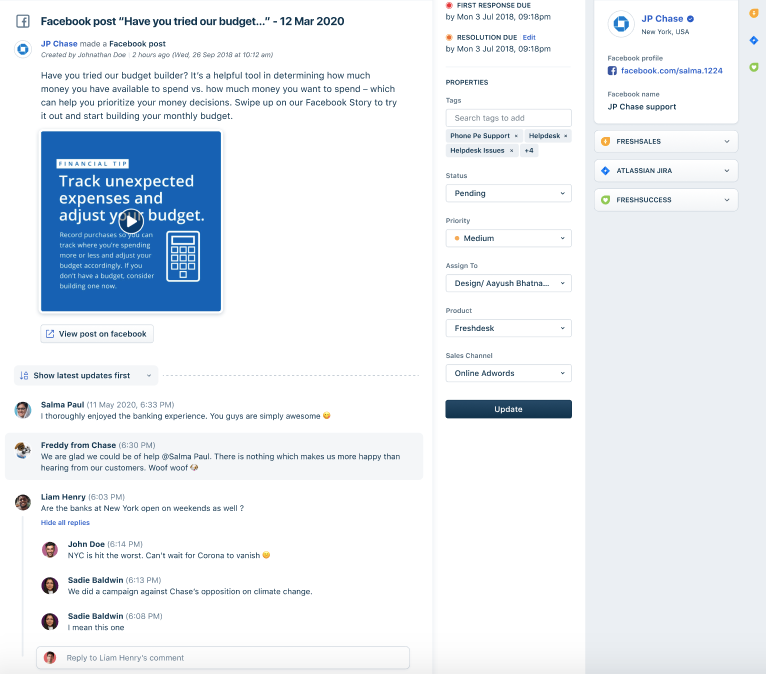 To make it easier for the agents to scroll through the comments, we have also brought in a sorting option for comments inside the ticket thread. The agents can sort the comments by: 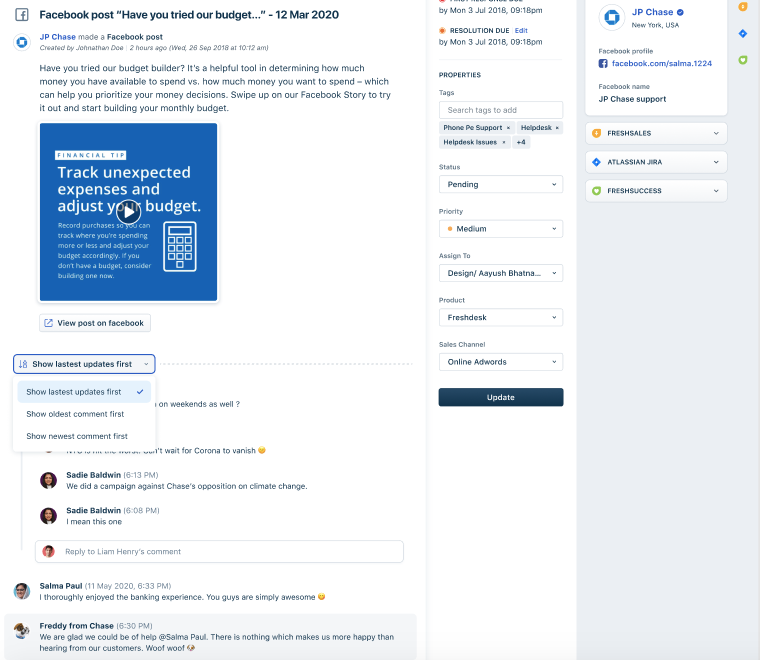 These changes will be rolled out at the end of this month to all the accounts using Facebook integration.