When and how to use the triggers for Automations

Automations save you both time and effort by automatically performing repetitive tasks - letting your agents focus on solving customer problems.

In Freshdesk, there are three kinds of automations-

It runs on a ticket as soon as it's created, and never runs again on the same ticket. 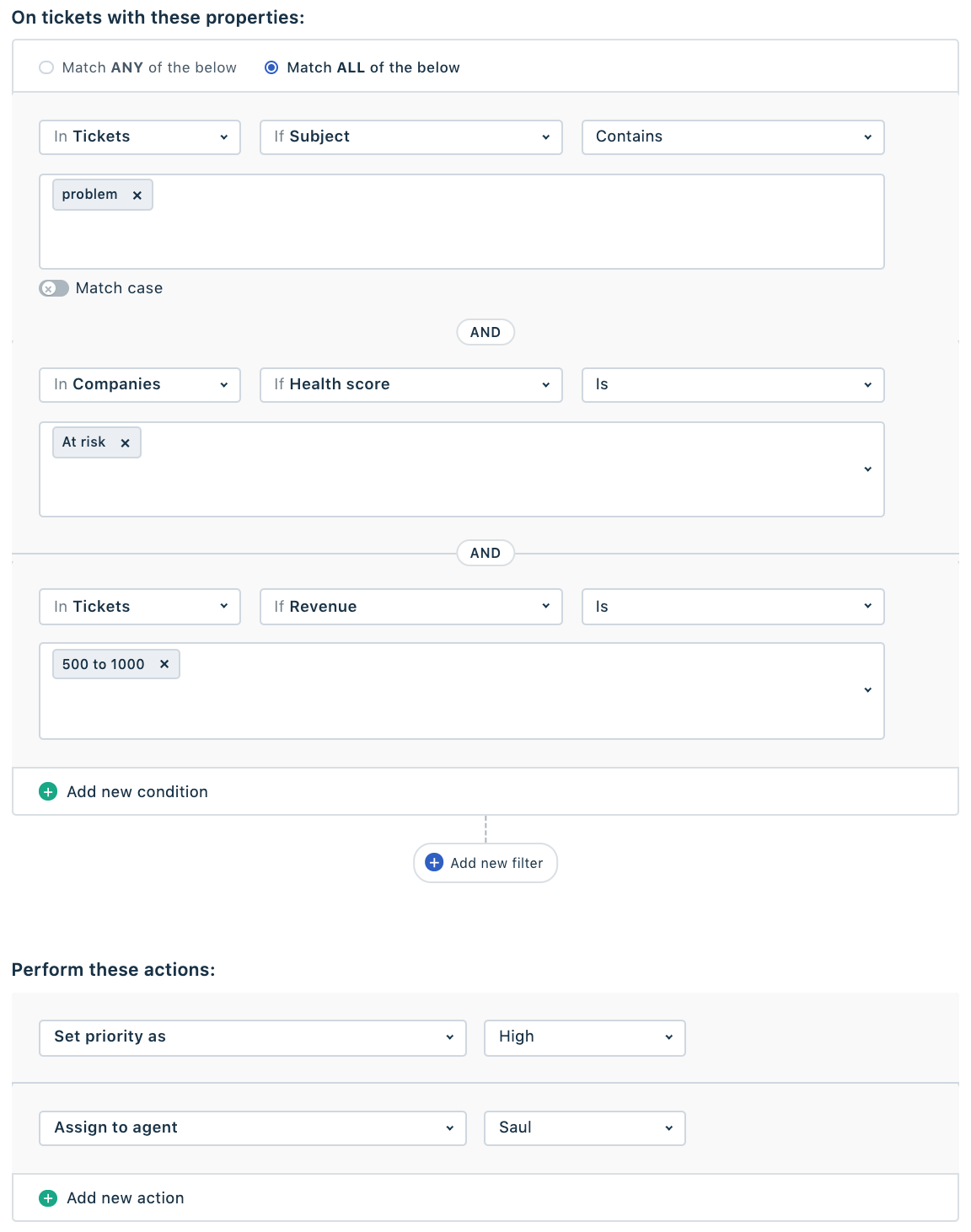 The automation can be used to automatically perform actions such as:

The order of the rules is important because only the first matching rule will be executed for each ticket. For example, if you've set up the following rules in this order:

Any ticket sent by X with the subject 'need a refund' will be assigned to the Refund team but not the Relationship Management team.

It runs on all the tickets in your Freshdesk once per hour. 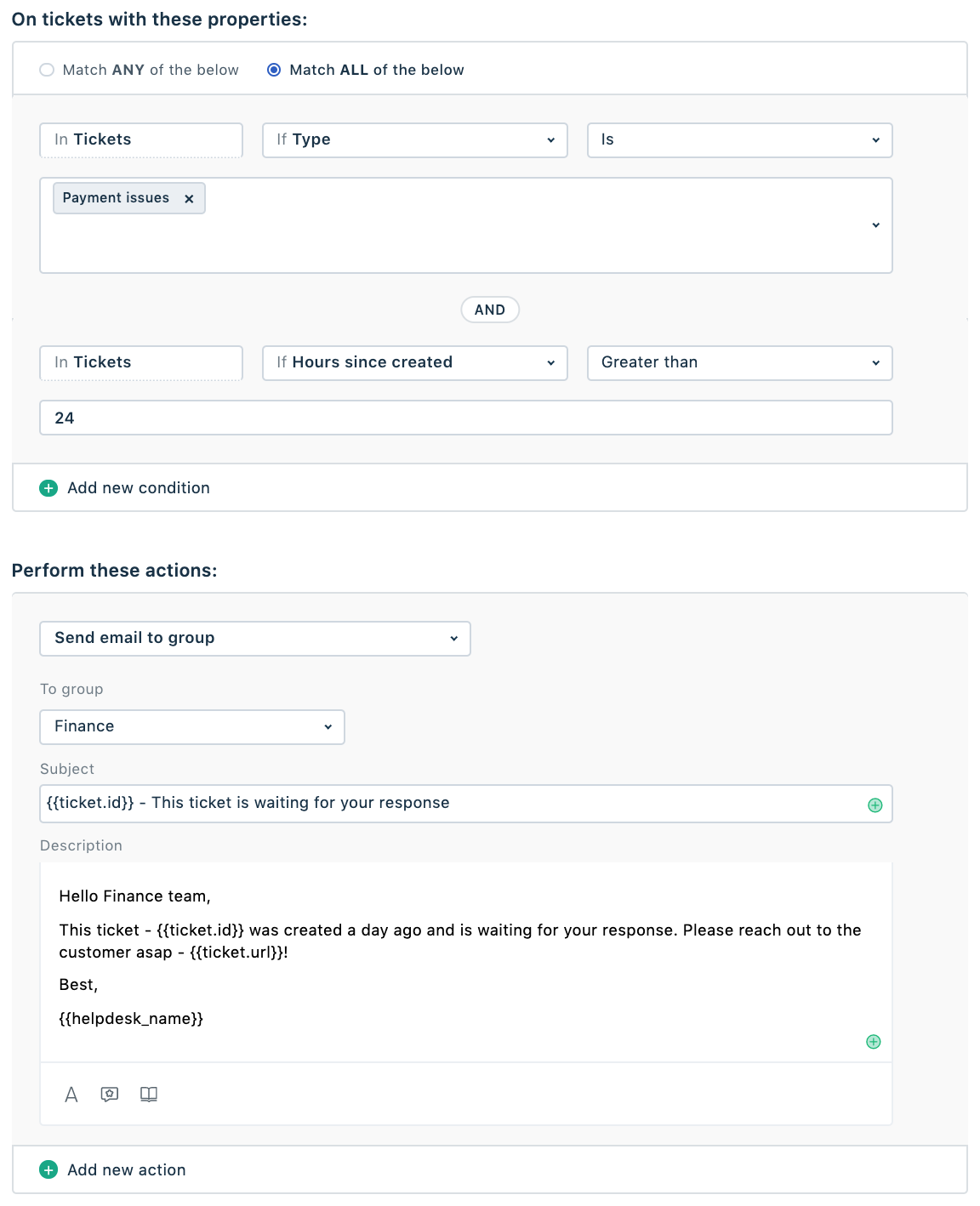 This automation can be used for maintenance work such as:

Since this rule runs once per hour, the time limit specified should always be greater than or equal to one hour. All these rules will be executed in the order in which the rules are arranged.

It is triggered by the occurrence of an event. You can specify what action should be performed on what kind of tickets when the events are performed by either an agent or a requester. 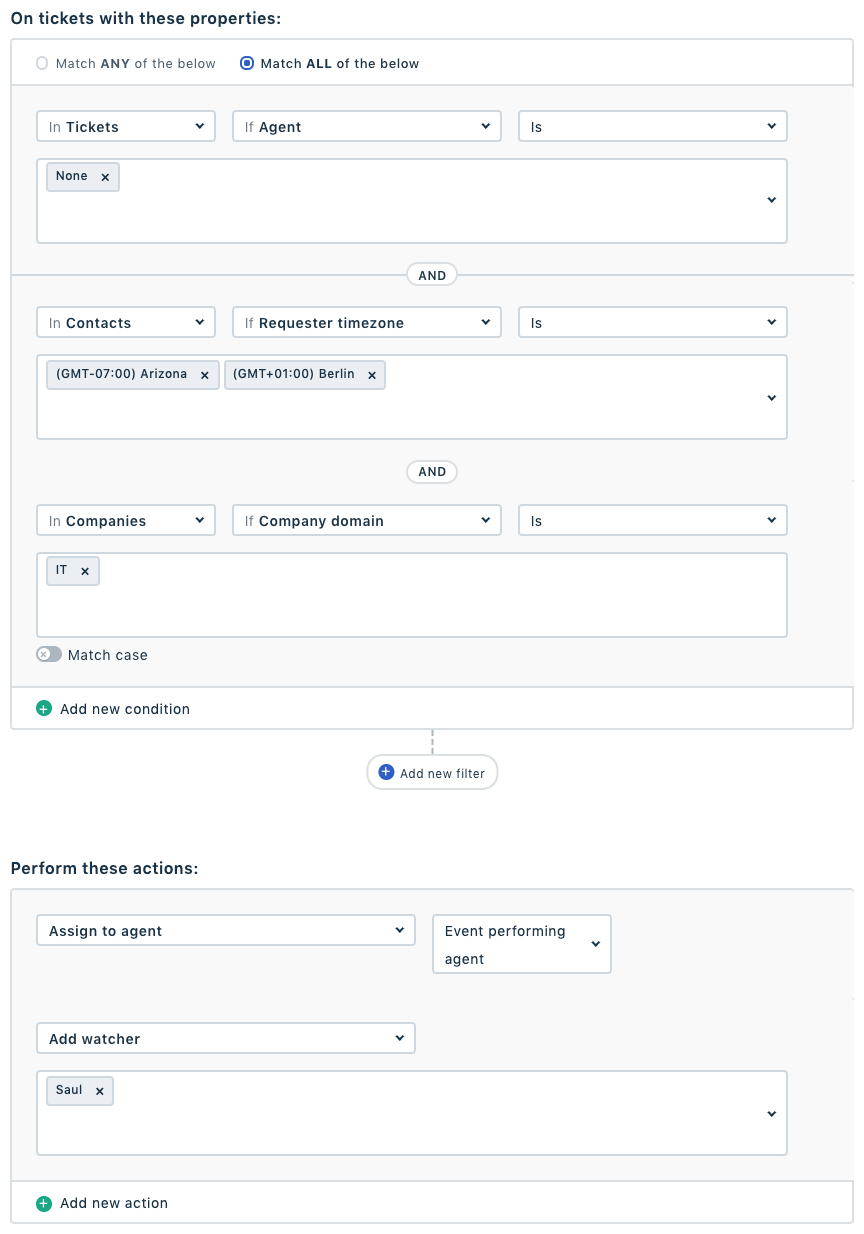 This automation can be used to perform important actions such as:

All these rules will be executed in the order in which the rules are arranged.

Learn how to set up an automation to run on ticket updates here -->.