Using Webhooks in automation rules that run on ticket updates

You can create an automation rule that runs on ticket updates to trigger a webhooks call as soon as specified events occur.

What is a webhooks call?

A webhook is a 'callback' to an application or web service that is triggered when a specific event occurs; essentially, a webhook lets you look for a specific update, change or action and, once it occurs, it automatically pushes the information you specify wherever you want.

What can you do with a webhooks call from an automation that runs on ticket updates?

The automation that runs on ticket updates fires when a specific event occurs on a ticket. Using just this rule, you can update, modify, send notifications and run actions within Freshdesk. For example, you can update ticket priorities, send out escalation emails and so on.

Webhooks also come handy when you want to trigger an action in an external application or tool (as well as some updates that the automation rule can't perform, such as updating the time entry on a ticket or adding a note to a ticket). Here are some examples of scenarios in which you could use webhooks: 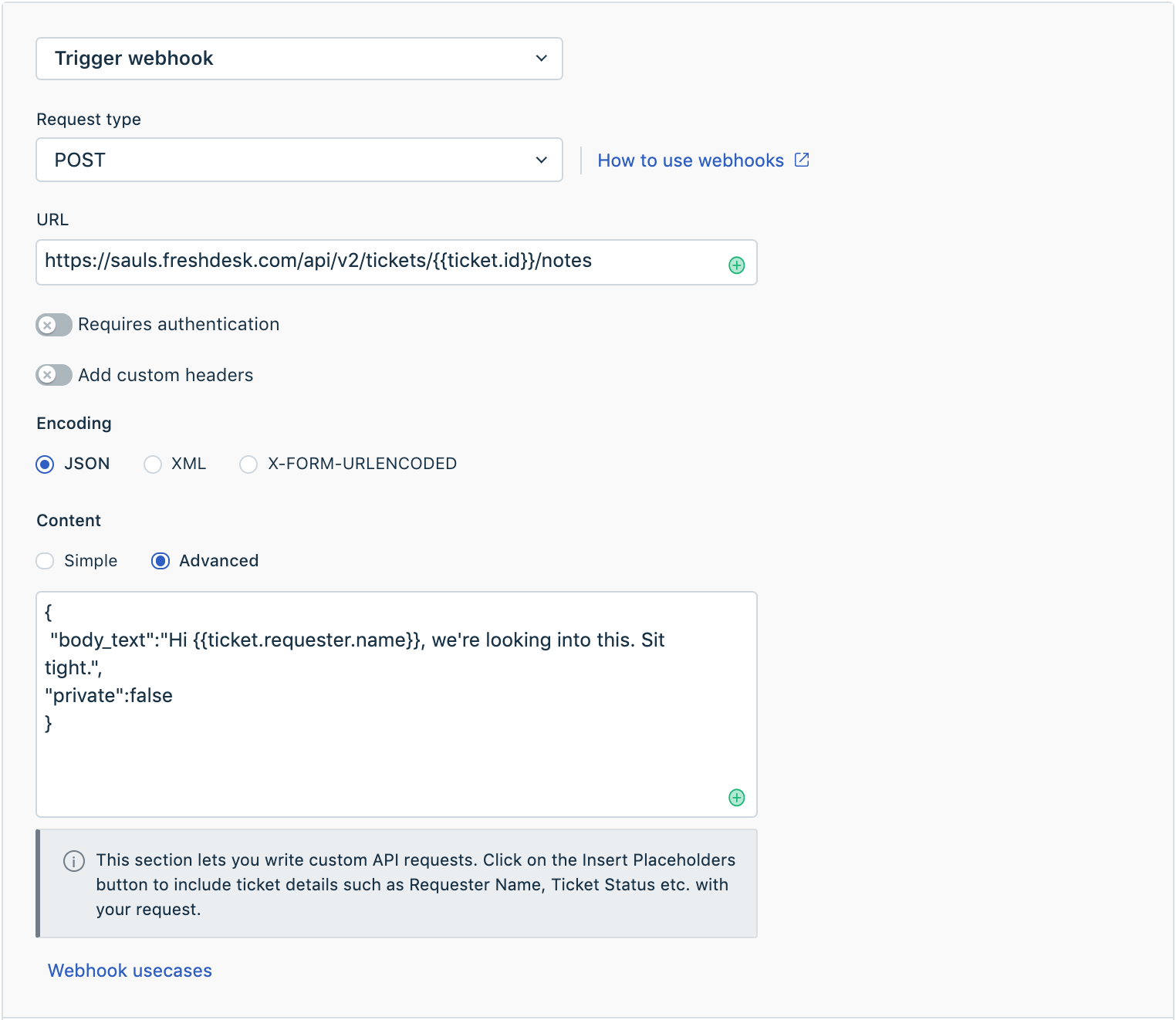 A quick guide to setting up a webhook request in an automation rule that runs on ticket updates:

If you want to set up a rule to add a note to a ticket based on certain conditions and triggers, it's POST because you're adding a note (more info here).

If you'd like to add a private note, put 'private: true' in the request. You can also customize the content in your API requests by making them dynamic using placeholders. If you'd like to do more with the Freshdesk API than just add a note, a multitude of options are available. You can use requestb.in or postman - REST client (a Google Chrome extension) for testing out APIs.

Webhook Callback Request Limits: The number of webhook requests you can use in an hour is limited to 1000 calls. If the status codes are between 200 and 299, the callback is a success and status codes between 300-399 will be taken as callback redirects. When a callback fails (status codes other than 2xx and 3xx), the webhook will automatically be retried once every 30 minutes, totaling 48 calls. Calls requested after the rate limit will be buffered until fresh calls are available after 1 hour.